The original concept of the Pi was to teach British schoolchildren how to program and code.  What really made it stand out was the COST which was $35.  It also used Linux which meant it was relatively fast and ran on limited resources.  The original Pi had some bottlenecks, especially around USB and Ethernet but it did all work and at a $35 price tag it was ripe for hacking and that’s just what the geeks did.

My first Pi was a breeze to set up and my first project was something called Logitechmediaserver (LMS) and Squeezelite which was a streaming media server and client for Pandora, Spotify, and a now defunct music platform called MOG.  A comparable platform these days is something called Sonos.  I challenge you build a Sonos System for as cheap as you can build an LMS server.

If you plugged in a Digital to Analog Converter (DAC) to the USB of the pi you could stream to any stereo aux input.   To this day I have several Pi LMS clients in my house.   Our current house has built in speakers all over the house and we can stream anything we want to them.  Right now I just use Spotify and TuneIn.  They have since added Tidal to their lineup as well.

END_OF_DOCUMENT_TOKEN_TO_BE_REPLACED

I got my first Raspberry Compute Module 4 and installed it in a Geekpi CM4 Router Board.  And then cue the fun.  It is cool but it isn’t quite ready for plug and play prime time.   It was quite a challenge to get everything running.

First of all there are several images to download on the GitHub page and I just wasn’t sure which one to use.   The image that supposedly allowed the OLED display to work somehow or another didn’t have a working ETH1 wan port after installation.  A router without a wan port isn’t worth a shit and it sure isn’t a router.  Pardon my French.

So then the image with the ETH1 wan port working didn’t have a working OLED display.  FML.   In the great scheme of things the OLED being functional isn’t that important and that’s the direction I decided to go.  Then I figured out how to get the OLED on which is a hack.

Here’s how it happened:

END_OF_DOCUMENT_TOKEN_TO_BE_REPLACED

I bought my 1st Raspberry Pi when the 1st version came out.  I think my intention was to make a streaming music server out of it, which I did using logitechmediaserver. Logitechmediaserver is a MUCH CHEAPER implementation of Sonos.  You’ve heard of Sonos, right?  Ever since them I have used the Raspberry Pi for all sorts of things.  Off the top of my head I can list:

I bet you that I’m missing a whole lot of stuff too.  That’s all I could think of quickly.  But that’s a lot. Raspberry Pi variants have served me well over the years, helped teach me Linux, and is still a workhorse around my house.

So why would you get a Raspberry Pi in a Compute Module footprint?  I’ll try to answer that. 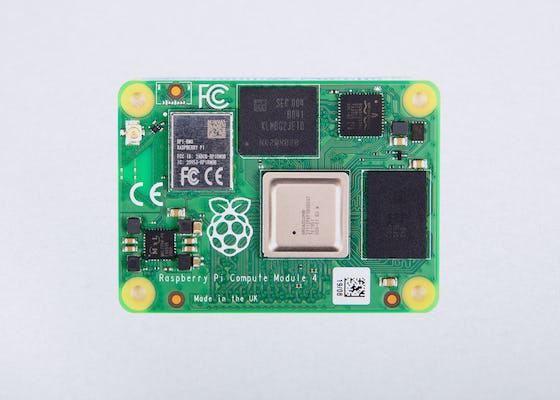 END_OF_DOCUMENT_TOKEN_TO_BE_REPLACED

I have been using the Raspberry Pi since it was 1st generation.  But I bought my very first Raspberry Pi Compute Module 4 along with a cheap Carrier Board  .  There are all manner of cool carrier boards.  Just there is one problem.  You can’t actually buy any of them.  Supply Chain issues and stuff.  LGB.

And that extends to the Pi Compute Module as well.  There are a bunch of them……..but you can’t get ’em.

While it has an SD card slot (TF card slot, actually)………you can’t boot from it.  Well, that’s new.

The eMMC memory has to be written to directly.  Let me show you how.

END_OF_DOCUMENT_TOKEN_TO_BE_REPLACED

I may have written this in another blog or two but it bears repeating.  I have never really worked with wood in my life.  I have however used my laser on pre-made wood blanks from hobby stores and people close to me know I was doing this.

On Thanksgiving of 2021 my wife’s sister and her husband came over to the house and brought me a full sized Milwaukee router from a garage clean out from someone who had passed away.

The next day I took a rectangle of wood and put a routed edge on it and I think I probably giggled for 30 minutes.  I was tickled at how good it looked and how easy it was to do.

Since then I have bought several woodworking tools and a CNC machine.  I generally prefer to make things that are useful and not just trinkets and this blog will showcase a few of those projects.

Here’s thing number 1.  We renovated our bathroom upstairs.  My wife said she wanted some towel hooks on the back wall but said she wished it were on a board and not just the wall.  I decided to take a stab at it………………..
END_OF_DOCUMENT_TOKEN_TO_BE_REPLACED

You’d think a modern Tech Blog would discuss modern equipment but the reality is sometimes tech that is still laying around gets forgotten about and in some sense this blog is about an attempt to upgrade some old tech.

Back when I was a pup fluorescent lighting was everywhere.  It was probably the most common way to light up larger spaces.  If you got your hands on a 4′ long lighting fixture you were living large.  My dad found a couple somewhere and painted them red, white, and blue and hung them in his office basement.  I’ll never forget that horrific buzz.

Recently my wife and I bought a mid 1980’s country home and the back yard shed had two 4′ long fluorescent light fixtures in it.  There were a couple of bad tubes in it and sometimes the lights would come on and sometimes they wouldn’t.  Being the tech savvy dude that I am I decided to upgrade the old light tubes to LED’s with drop in replacements.  Sounds easy, right?